The Heliotalic Light Generator is by far our most power product and is meant for therapists working in the field of healing and/ or spirituality. There are 4 different models but all have the same foundation and workability.

The word Heliotalic Light means liquid crystal light that was derived from the many people who describe the experience in the system as becoming a liquid crystal radiating light. 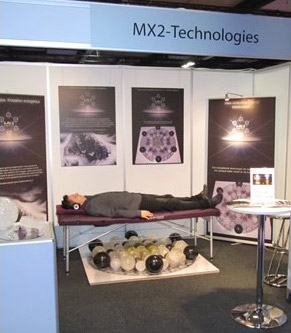 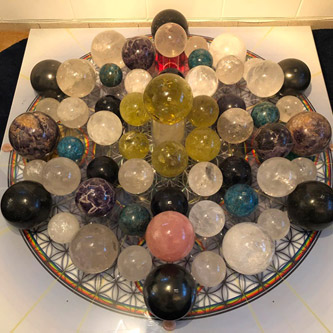 The system consists of 61 natural crystal spheres on an aluminum plate imprinted with the MX2 geometry in 3D (physical ink lines as opposed to visible lines) with a special UV and scratch protected coating and another layer of plexiglass or polycarbonate for further protection on top that is sitting on a wooden flat plane underneath. Everything from the MX2 geometry and the wooden plane and the crystals are trained to permanently emit the MX2 field and are connected together with the use of some special techniques to create one big MX2 energetic field to activate and develop the kundalini on the individual using the system.

See the Heliotalic Light category in our shop.

The aluminum (Dibond)plate with the geometry are possible in 3 sizes as well: 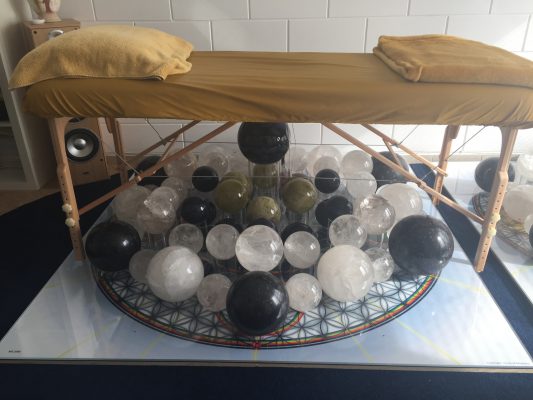 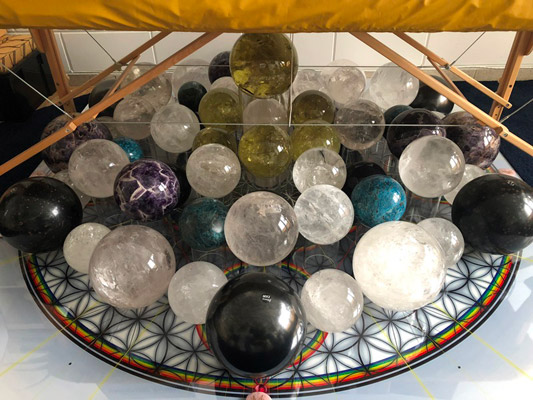 *Once you have connected yourself with the MX2 Heliotalic Light many changes can be expected on all levels, be it physical, mental, emotional, spiritual and even astral and beyond. It will touch the deepest corners of your life and will go to the essence of your being – The Self and dissolve the ego in the process to be replaced by freedom and joy.

It is possible to place a chair in the middle of the generator instead of a massage table but keep in mind that the larger the spheres on a standard model, the more difficult it becomes to find room for the chain.

Kundalini (or Tummo as it is called in Tibet) is a Sanskrit word that means coil and explains the workings of the sexual energy and what can be done with it on a spiritual and holistic level. It is the foundation upon which all religions are built. Every human has Kundalini, however, in most humans the Kundalini lies dormant in the perineum, forming a 3½ circles coil. Most Yoga traditions aim to awaken the Kundalini, because these yoga traditions believe that the Kundalini is the power that is required to attain the ultimate goal of spiritual achievement, the union with divine (Yoga). Yoga tradition here refers to the different spiritual paths that aim for Yoga (union with divine) as the final goal.

Traditionally, it is believed that after being awakened, Kundalini will be able to remove the knots of the major chakras, cleanse, open and develop the chakras until they are fully developed into full-blooming lotus forms. By the time the Kundalini finishes opening, cleansing and developing all of the chakras, the core of the Kundalini will reach the crown chakra, the chakra at the top of the head. This is the time you attain the highest spiritual achievement – Yoga. However, it is not so easy for someone to attain Yoga. First, it is very hard to awaken the Kundalini. Some people have spent decades of dedicated practices without being able to awaken their Kundalini. It is believed that only a few were really able to awaken their Kundalini. For those who were lucky enough to have their Kundalini awakened, the cleansing process of the Kundalini would still have taken decades. Kundalini requires years to cleanse, open and develop a chakra completely, and the process is done from the base chakra upwards in sequential order. So, as the Kundalini starts at the lowest chakra and spends a few years at this base chakra, it will take decades before the Kundalini can start working on the crown chakra, the 7th chakra. In most cases, one will die before achieving the final goal of the process since the time required is too long. Even if the Kundalini reaches the crown chakra, although wonderful, is just the beginning of the real journey of the Kundalini. This is where the MX2 energies and MX2 generator come into play. It not only reduces the time considerably to awaken the kundalini, it also safely awakens the kundalini and helps with the cleansing and developing of the kundalini as well. 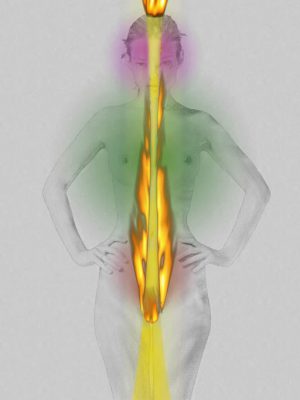 After preparing themselves for years, people will normally do special exercises to awaken their Kundalini. There were two very “common” techniques used in the past. The first one was called vase breath technique (kumbhaka in Sanskrit or rlung bumpacan in Tibetan). The other technique is called three locks or bandha traya. Those who were lucky and blessed enough may have gotten their Kundalini awakened after practicing one of these techniques for many years. However, as the energy released from the Kundalini that has been awakened is so huge and unlimited, they may still experience different problems even though they may have done special preparations for years. So, the Kundalini awakening may not always be a pleasant experience. Luckily, in this Age of Aquarius, or New Age, spiritual growth can be achieved much easier. As the Kundalini is also one of the most important factors for spiritual growth, Kundalini awakening can also be achieved much easier than in the past. With the help of the MX2 generator and the MX2 products it has become possible to not only awaken the kundalini fully but also develop and cleans the whole body / mind / spirit to the point where the ego completely dissolves and the state of full awakening and even enlightenment remains.